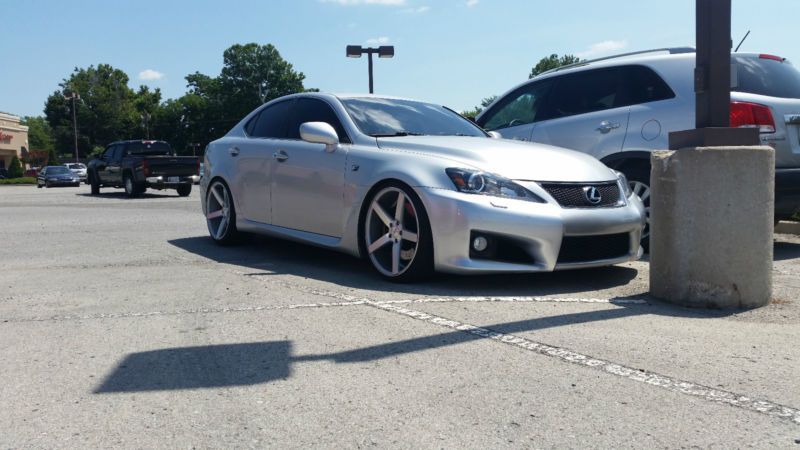 The car is a 2011 Lexus IS-F.  It’s in amazing shape, and I’ve babied it
ever since the day I got it.  It was 100% stock when I bought it, and since
delivery, I’ve added some mods to suit my taste. It was manly a weekend, sunny day driver,
however I did take it on a road trip to Michigan last year and it was great.  I
have never had any problems with the car what so ever.. not a single one!
Every oil change has been done at the dealership Lexus of Tulsa, and they
preformed a recall issue that had something to do with the radiator fan
shroud.  I’m not 100% what it was, but they did it while the car was in for
an oil change even though I never experienced any issues.

With the teaser image of the concept car above and the announcement that Lexus will be premiering it to the world at the Frankfurt Motor Show on Tuesday, September 10, you know pretty much what we know. The Japanese luxury brand has decided to to say nothing more. Picture sleuthers have, however, suggested that it is a conceptual preview of either the RC Coupe or the hotter RC-F that will be revealed in Tokyo, or, less likely, the coming NX crossover - and that covers all the bases that we know of.
Along with that, Europeans will get to lay eyes on the GS 300h for the first time, the sport sedan powered by Lexus' 2.5L hybrid powertrain. You'll find a skosh more information in the press release below.