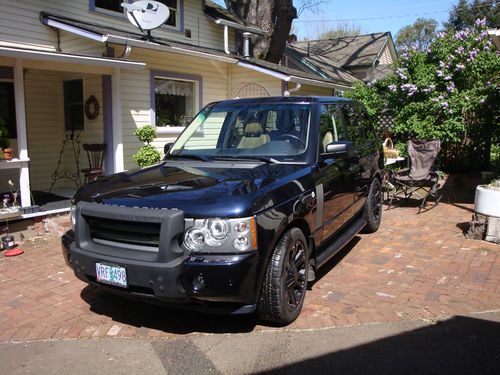 Our Incredible Land Rover Range Rover is for sale!  It is in Excellent condition with a top of the line transferable warranty.  We've added new 60,000 mile tires and black custom wheels.  "Ranger" is fully loaded with all of the comforts and extras you'd expect.  Beautiful midnight blue paint, very well maintained.  Business requires different vehicle.  This is a must see car, Contact Brian for more photos and details. Originally sold for 85,000. Priced to sell at 29,900.