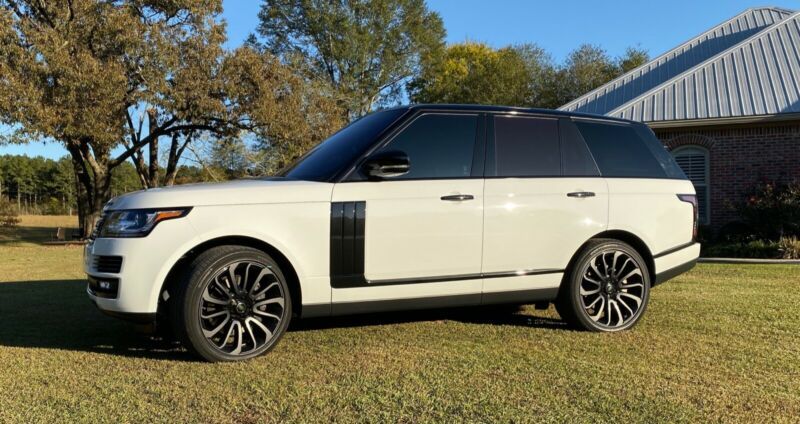 2017 Land Rover Range Rover Supercharged AWD 4dr SUV. We had the sound professionally upgraded. It was nice, but our previous
RR was the Autobiography edition with enhanced sound. That was the only difference that we can tell & now, we
think it's actually better. The sub - bass can easily be turned up or down with a nob beside the drivers right
leg. It also can easily be pulled out for more room in the back. We also tinted the windows, including the front
windshield. I have sensitive eyes due to lasik eye surgery and it really helps with direct sunlight as well as
those brighter lights at night.