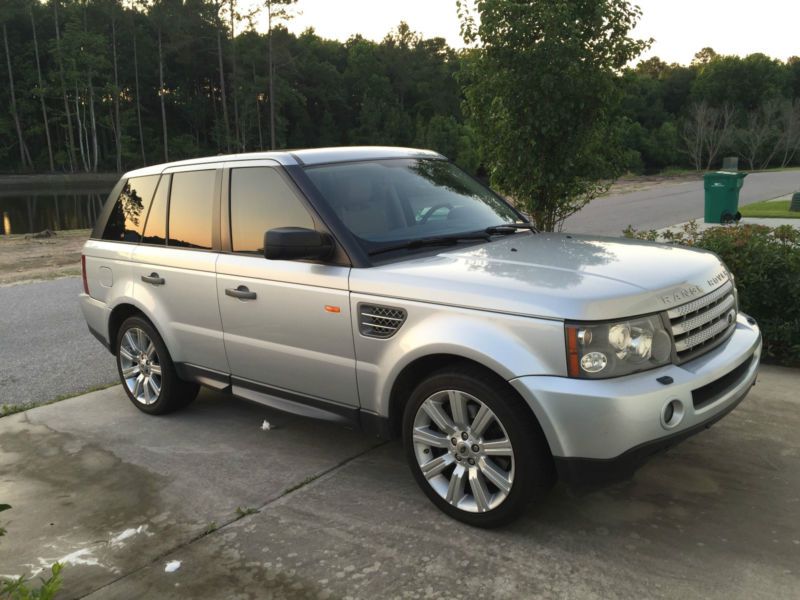 For more pictures email at: lannielccarwell@bikemechanics.com .

Hey, I'm selling my 2007 Range Rover Sport Supercharged. I bought it in 2013 from my local Land Rover dealer with
59k miles. Its been a great car but its just time to let her go and get something else. I didn't have this as my
daily drive and kept it in the garage most of the time. Its in great shape and I've never had any issues with it,
really enjoyable to drive and quick for its size. The outside of the car is in good shape with a few paint chips on
the bumper(see pics) and three of the rims have some curb rash(pics) one rim is new. All tires are new Nittos and
have less than a few thousand miles, just put a new battery a few months ago, the leather is in good shape the back
seats where hardly used. Has the Land Rover floor matts, Navigation, air ride suspension all work well. Sorry only
have one key, and the auto level on the passenger headlight isn't working right so the beam points low. All in all
this car is in great condition I just want to be totally up front about the imperfections and wear on the car but I
feel this is a great example of a well kept Range Rover Sport Supercharged and is a great value, I will try to post
as many detailed pics as possible, and can take more on request. Message me with any questions, thanks