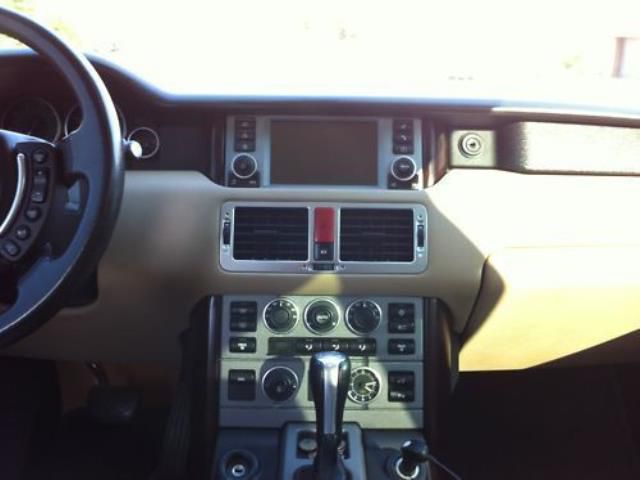 2006 LAND ROVER RANG ROVER HSE AWD NAVIGATION BACKUP CAMERA SUNROOF XENON HEADLIGHTS VERY CLEAN FULLY LOADED LUXURY MODEL It has been well cared for and looks stunning. This Range Rover features a beautiful color combination of White on Tan Leather. This Rang Rover is loaded up with a ton of highly desirable exclusive options like navigation, Backup Camera CD changer, Bluetooth, telephone, parking sensors, power sunroof, and bi-xenon head lamps.This Rang Rover is everything you'd want in a luxury SUV!! AWD, Harmon Kardon Premium Audio, Leather, Rain Sensing Windshield Wipers, Sunroof, And the list goes on, To many Options to list. If Bentley built an SUV, we imagine the cabin would resemble a Range Rover\'s. Fit and finish is exemplary, from the wood trim to the map pockets to the perfectly fitted metal plates around the A/C vents. Metallic accents on the stalk ends and gear selector tie in nicely with the dash and seat side trim, and the various buttons and switches have a certain heft and action that exude quality.