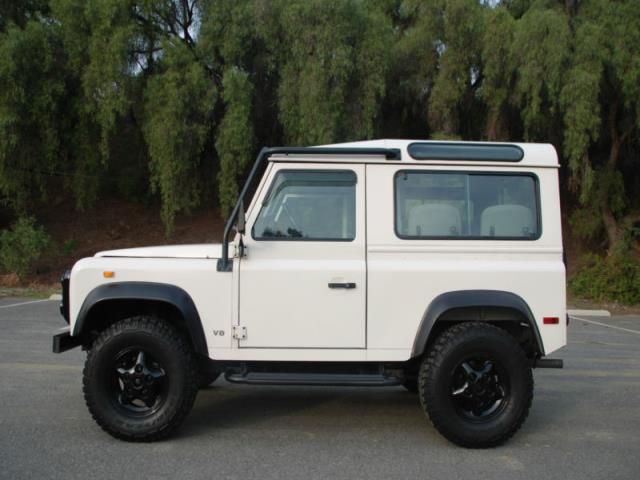 This Defender 90 is number 59 of the last batch sold in the US back in 1997. This truck has been tastefully updated to have most of the conveniences of a modern truck without compromising it's iconic DNA. Custom dash with Pioneer s entertainment system loaded with features such as Bluetooth capabilities, voice command, and much more. Custom re-upholstered seats, Defender rubber mats all around, and a new face lift with the 2014 kit directly from the factory makes this Defender even more of a rarity. The AC blows ice cold, the mechanics work great, and it drives just as nice as it looks.