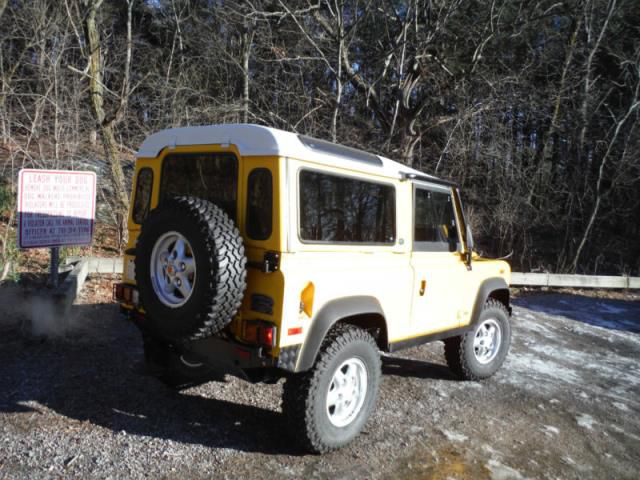 1994 Land Rover Defender 90 NAS (North American Specification) The truck is one of the 1036 AA yellow trucks manufactured for the North American market and has a meager 99k miles. This truck comes with AC, PS, Power brakes, 5 speed transmission with locking differentials, a removable color coordinated hard top with a professionally painted body. The body and frame are remarkably rust free having lived most of its life in warm climates, The transmission, brakes and clutch work well with some slight clunking from 2nd to 3rd. Newly replaced: Water Pump Fuel Pump South Down gas tank skid plate OEM springs Bilstien Shocks Front bumper The truck starts and runs very good and would not hesitate driving it cross country.