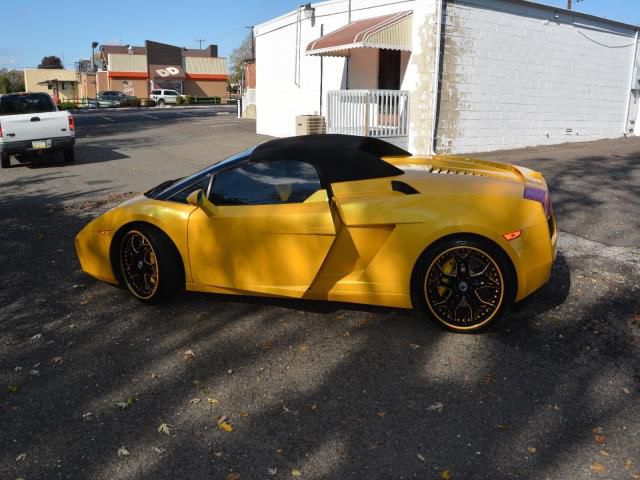 A few of the coolest police cars on the planet

Police cars are faster, more athletic and even better looking than they have been in generations.
Nobody likes getting a ticket. It's expensive, embarrassing and annoying. And when the officer ambles back to an ancient Ford Crown Victoria, more than a few of enthusiasts have had the tantalizing thought: I could have outrun him.

Is Lamborghini readying a hybrid for Paris?

Lamborghini had us seriously stumped when it released its teaser (above) for a new vehicle that'll debut at the upcoming Paris Motor Show. The image seemed to depict a fastback GT somewhat reminiscent of Lambo's earlier 2+2 models like the Espada, and was accompanied by the sentence, "Once perfection is achieved, you can just double it." We're still not entirely sure what the means, but a possible leaked logo for the car might offer some big hints about its powertrain.
According to the Office of Harmonization in the Internal Market in Europe, Lamborghini applied for a trademark on the name Asterion on September 15 to cover vehicles, clothing, toys and video games. The logo (right) included a lightning bolt slashing through the 'O' in the word. That could suggest this forthcoming vehicle is a hybrid, but it's also not clear whether we're going to be hearing about a pure concept, or a production model.
The name itself might also be a tell. Asterion is one of the names for the Minotaur in Greek mythology, which is a creature that is part bull and part man. This could be another indication that the concept combines the traditional Lamborghini style with something else.

Last July, Lamborghini celebrated the assembly of its 1,000th Aventador. That was an impressive milestone for the $400,000-plus supercar, as its Murciélago predecessor took took nearly three years to accomplish the same feat. But the automaker's biggest and baddest bull has broken another milestone, as the Aventador celebrated its 2,000th vehicle produced last week. The Nero Nemesis (matte black) car rolled off the assembly line on June 6, destined to the garage of Thaddeus Arroyo, who lives in the States.
Originally launched as a closed-roof coupe at the Geneva Motor Show in 2011, the Italians introduced the open-roof LP 700-4 Roadster last fall at the Los Angeles Auto Show before allowing us to drive it in February of this year. Assembled in Sant'Agata Bolognese, Lamborghini's Aventador is currently running at a production rate of nearly five units per day.
Lamborghini has understandably been very pleased with its flagship, and customer demand shows no signs of faltering. According to the automaker, the waiting list for new car is longer than a year. Be sure to check out the press release below.