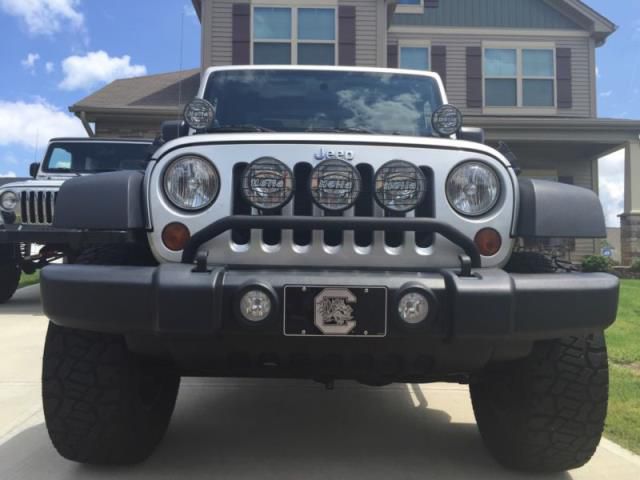 The Jeep is in excellent condition overall with only a few small scratches. The Jeep was built new by a Jeep dealer in Texas in 2012 to advertise the new package. Because of the cost of these conversions they are extremely difficult to find. Along with the JK8 conversion our jeep also has a 3.5 inch lift kit, 17 inch AEV wheels, 35 inch tires, 5 hella fog lights with mounting brackets, all weather flor mats, oversized spare tire carrier, and a tow package.