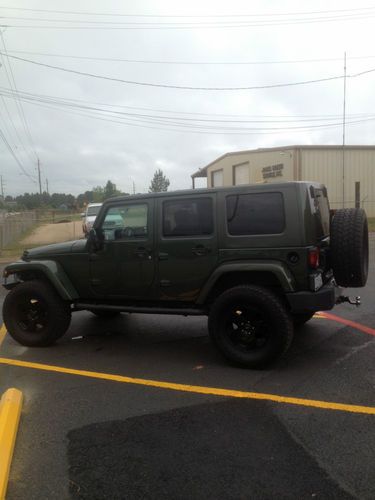 this is a great running jeep very deppenable . and a real head turner has a 4 inch lift and looks off road . it is a two wheel driver . i am selling it with no reserve will make a great first car for a teen ..it only has the removable hard top.