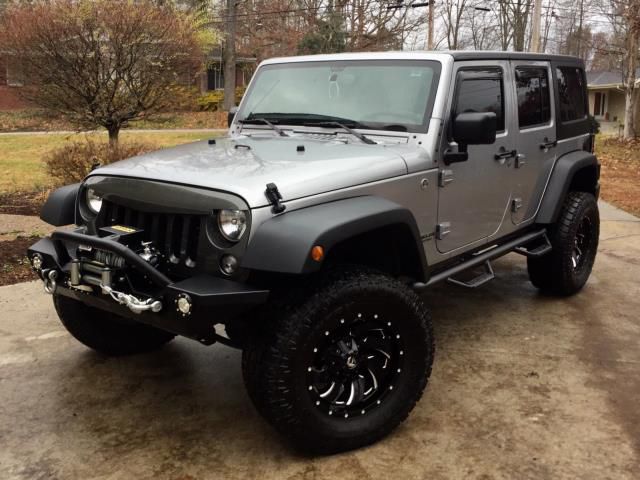 Please contact me only at : jon_pegge@aol.com You are looking at an awesome 2104 Jeep Wrangler Unlimited with all the extras.Side airbags, touch screen LED, 2-12 inch subwoofers,4 inch lift with nitroshocks and 352710 Toyo tires with Fuel Rims. New front bumper with 8000lb winch,fog lights, new step bars, stabilizer sway bars. Nerf bar, super chip installedand JK exhaust extension. This would make the perfect, this vehicle is smooth and straight as an arrow at 80mph. But if your lookingfor an off road beast this one is ready. We never took off road just love the look. All add ons were professionally done at Smokey Mountain Truck Outfitters.