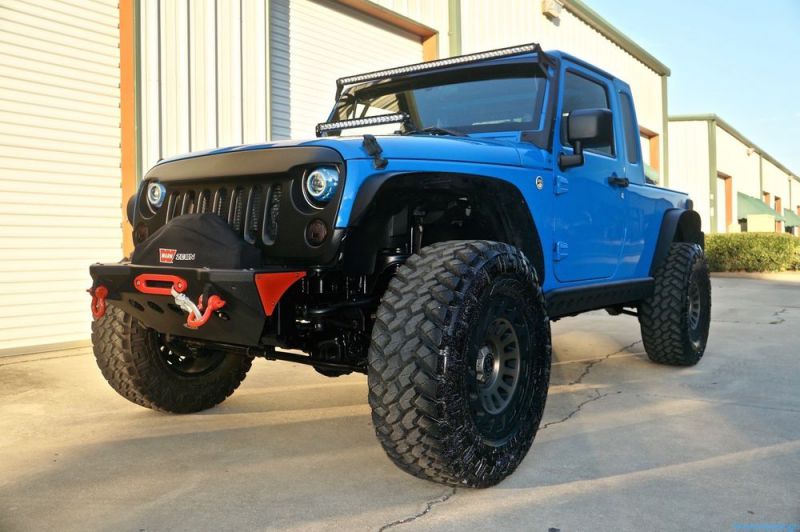 No expense was spared when creating this one off Jeep Pickup Truck.

The aftermarket additions made to this Jeep JK8 are as follows:


The truck is serviced, and in excellent condition. It needs nothing but a new home to someone who can appreciate
the rarity of this unique vehicle. If you are looking to have the same pickup as your neighbor, or anyone in town
for that matter, than this is not the truck for you. However, if you are prepared to be bombarded with thumbs up,
and waves from fellow Jeep owners for this truck’s entire life span, than feel free to purchase this Jeep. It is
surely to be the hit, anywhere it goes.