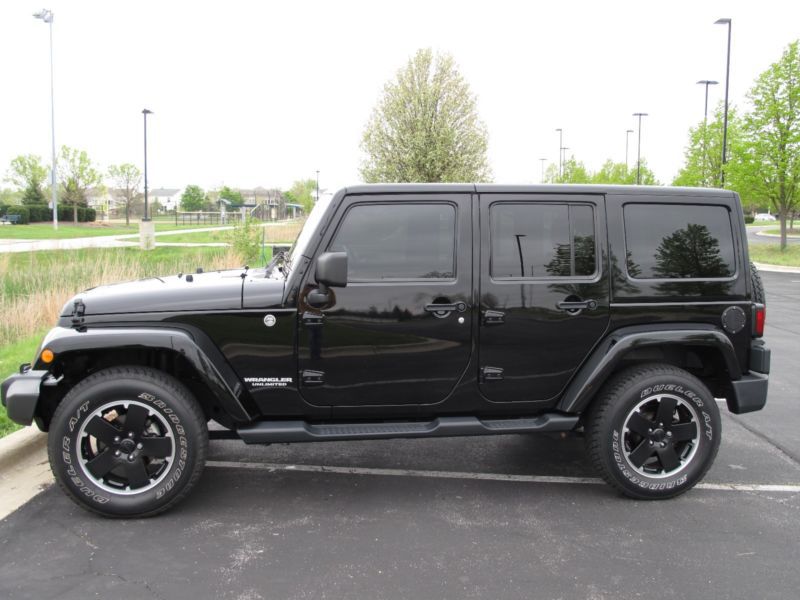 2012 Jeep Wrangler Unlimited - with Extended Warranty
with the factory Altitude Package!
A great looking year around 4X4, fun in both winter & summer. Black on black with tinted windows only 25,800 miles
(~50% of average 12k/yr!). This Wrangler has the rare Altitude Edition package that includes heated seats &
mirrors and remote start. Has NAV, Satellite Radio, towing package and original hardtop (no softtop). Comes with
WeatherTech mats for all seats , tires have plenty of tread and unused spare tire/wheel with 5 wheel locks.
It’s great condition and runs perfectly.
These are great vehicles year around, especially Chicagoland winters!
$30,500 OBO (Kelly Blue Book value for Excellent condition = $32,222)
Added information:
I love this Jeep and am only selling it because we have too many cars. It has a fully transferable Warranty which
is good until Jan20 or 62k additional miles (I purchased a 72mo/72k mile Warranty when I purchased it from the
first owner in Jan14).
In terms of extras, just roll-bar handles for Driver and Passenger and I bought the 2015 Map for the NAV (was
$150).