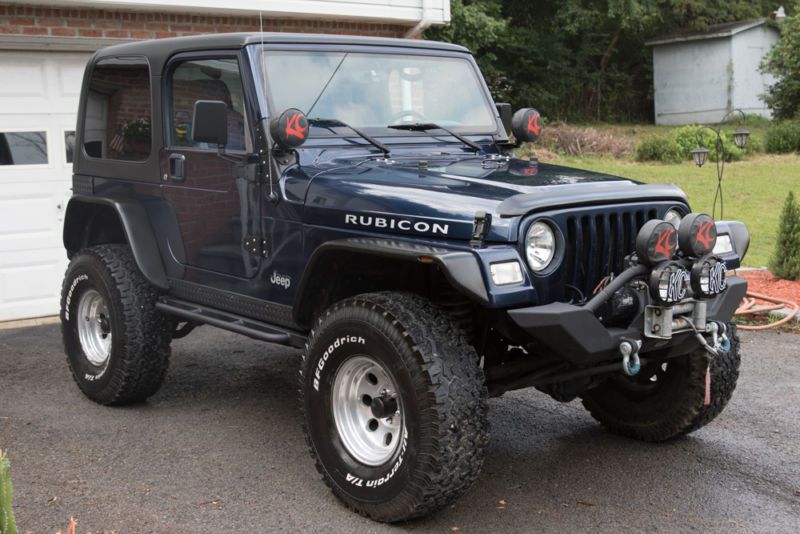 E-Mail Questions at: lelalllobo@sennafans.com . Up for sale in my 2006 Jeep Rubicon,
I planned on using it for weekend off roading but I just don't have the time.
I have literally driven the car a handful of times over the last year and a half...its time for a new home
Car probably has 10,000 Miles on the lift that I installed a few years ago.
Buyer is responsible for ensuring car will pass local inspection (if required).
Upgrades
K&N Air intake
Rough Country Lift (4.5)
Rough Country Coil Balancers (straightens springs with lift)
Upgrades (that I recall)
XRC Front/Rear Bumpers
35 Inch BFG AT Tires
Mickey Thompson 15 inch Rims
XRC 12,00 Winch (with new cover in box & 2 control units)
Quadratec Seat Covers (With spare rear cover)
Tera Flex Front/Rear Differential Covers
Upgraded Shocks
Tera Flex Oil Pan armor
Tera Flex Hand Throttle
Hand Grips
Rear Tail Light Addon
Rear Woody Thompson Drive Shaft
New Front Drive Shaft
Sirius XM (AM/FM is not hooked up currently)
Pioneer Head Unit
Body Armor (rear/sidebars/marker lights)
Additional Running KFC Lights (2 on bumper/2 on window (Driving/Fog)
Car was repainted a few years ago, holding up well (Rubicon decals are starting to peel)
Royal Purple Oil (everything)
Transmission Drop Kit
New Brakes around 10K ago
XENON Fender Flairs
Mounted Fire Extinguisher
Optima Yellow Top battery
Quick disconnects on sway bars
Quadratec Mirrors
Speedometer calibration: I have a tool that has is adjustable to a tenth of a percent. Currently speedometer is
accurate for the tires. (Can't recall brand name)
New headlights (rampage)
Car was repainted about 3-4 years ago, paint is in great condition.
Other Upgrades I can't remember.
This is a 2006 year model car, while in good condition it is not a brand new car, please examine the pictures
carefully and ask feel free to ask any questions you would have