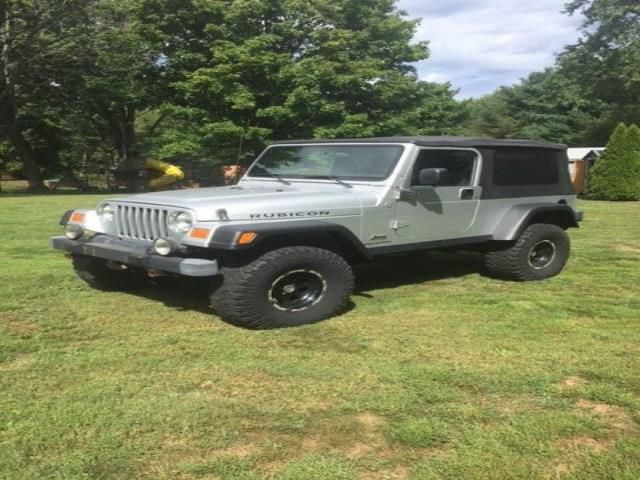 For further questions email me : marlynbellow@yahoo.com

2005 Jeep Rubicon Unlimited.These Are The Sought After Long Wheel Base With Factory Air Locker Axles. SilverExterior With Grey Interior With Low 73k Original Miles. Complete Package ThisJeep Currently Has A Nice Condition Oem Soft Top Mounted. But Comes With A OemHard Top. It Has The Bullet Proof 6 Cyl 4.0 Liter Engine With 6 Spd Has 5 Brand New 35-12.50-15 Tires New Carpet And All MaintenanceIs Up To Date. All Original Paint Body And Interior Are In Nice Condition. NeverBeen Mudding Or Abused.