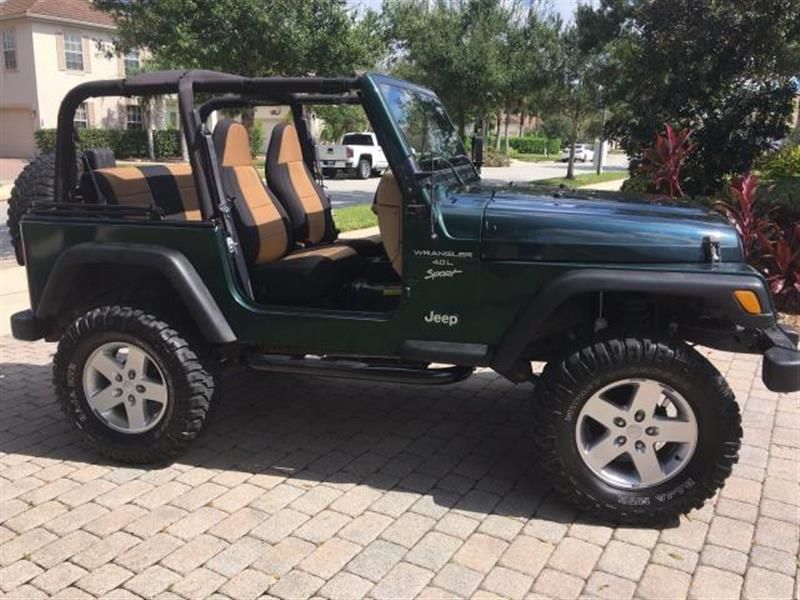 Message me at : KathleenSessa03sv9420vwh@yahoo.com 2000 Jeep Wrangler Sport 215K milesRuns and drives great 4.0L v64 INCH LIFT W/MICKEY THOMPSON BAJA MTZ TIRES Soft top is in great condition, no rips ortearsHas full doors with tinted roll-up windowsHas minimal surface rust BRANDNEW RUNNING BARSBRAND NEW SEAT COVERSBRAND NEW FLOOR MATS, FRONT AND BACK Jeepis in great condition, not a daily driven car. Garage kept, non smokerA/C worksbut needs the switch replaced, I haven't had a chance to do it.I reallydont want to get rid of it but I have too many toys and my wife is tired of notparking in the garage.Sold as-isBuyer is responsible for pickup orshipping.Message me with any questions.