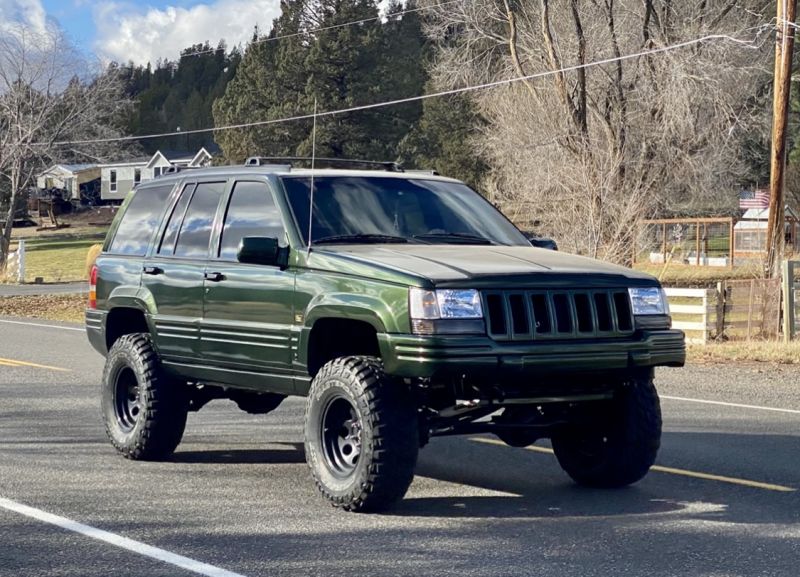 Fully restored super sweet lookin 1996 Jeep Grand Cherokee Orvis Edition. These jeeps are super hard to come by and even harder to come by in this great of shape. When we bought her she had a rod knock & no reverse but still drove like new and lasted for almost 8 yrs. We put a new 50k mile motor in her and new reman tranny in her about a year ago. And she runs tip top again. She has all original interior parts even the spare tire cover which is in mint condition. She’s got a rough country 6” lift & K&N Cold Air Intake. This is my baby so in no hurry to sell infact if she doesn’t I’m not gonna be disappointed. Only reason selling is because she doesn’t get driven much these days and I hate to see her just sit. This is my first vehicle so I’m very particular who she will go to. She’s never let me down and has gotten me outa the hardiest of trails never disappoints.