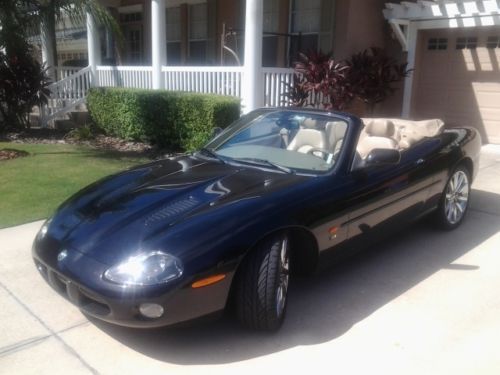 If you're looking for all the style of a sports sedan but without the added expense of springing for a full-on performance model (and keeping it fed with fuel and fresh tires), most European automakers will gladly hook you up with an all-show, no-go package. BMW has its M-Sport aero kits, Audi its S-Line, and Mercedes its AMG Sport packs. And now Jaguar is getting in on the action with the launch of the new R-Sport line.
Set to be introduced on the XF at the Geneva Motor Show, the R-Sport trim at least some of the flash of the XFR or XFR-S but with a more economical engine and a relatively accessible price of entry. (This is, after all, still a Jag.) The XF R-Sport is distinguished by a sportier front bumper, side sills, rear spoiler, 17-inch wheels and unique badging to set it apart from any "ordinary" Jaguar XF. The interior is upgraded as well, and there's an optional black styling pack to take things even further.
Jaguar is offering the XF R-Sport in either sedan or wagon form with the 2.2-liter turbodiesel producing 161 horsepower and 295 pound-feet of torque, fitted with a spot-start system to make it a far more frugal option than the 5.0-liter supercharged V8 in the real deal. Although this version won't be coming to US as you see it here, Jaguar tells Autoblog it's always possible it'll produce a similar aesthetic treatment for the North American market - just don't count on such models arriving under diesel motivation. We'll take a closer look at them in Geneva next week, but for now, you can check out the gallery and press release below for an idea of what to expect.