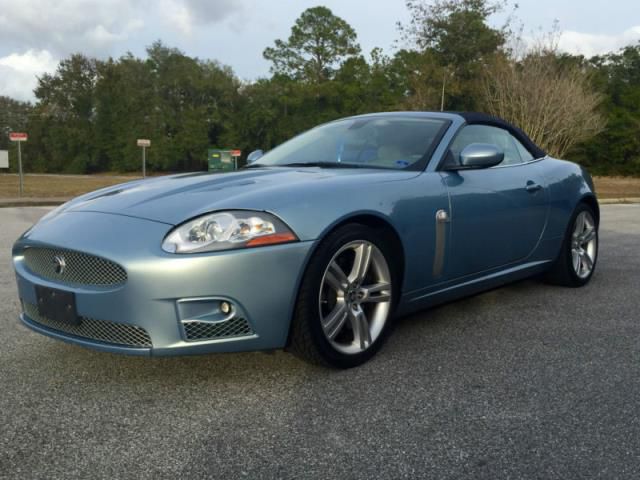 2007 JAGUAR XKR CONVERTIBLE THAT IS IN MINT CONDITION INSIDE AND OUT. ONLY HAS 72000 MILES AND HAS BEEN GARAGE KEPT. HAS ALL OPTIONS INCLUDING TOUCHSCREEN NAVIGATION, POWER CONVERTIBLE TOP, HID HEADLIGHTS, HEATED SEATS, ADAPTIVE CRUISE CONTROL, PARKING SENSORS, R SPORT INTERIOR, IVORY LEATHER, ALPINE STEREO SYSTEM, AND MUCH MUCH MORE. SUPER FAST AND FUN CAR. THIS XKR HAS NEVER BEEN IN AN ACCIDENT AND HAS CLEAN AND CLEAR FL TITLE.

Generally speaking, I don't get too upset about the growing need to replace displacement in modern cars. Sure, there are exceptions (don't you touch my 6.2-liter AMG V8), but honestly, the industry's new forced induction powertrains are all lovely, and their gains in fuel economy - when they actually make good on them - can make up for the ever-so-slight losses in performance or driving character.
But I'm having a hard time keeping my chin up with this Jaguar XF. For the 2013 model year, Jaguar has killed off the naturally aspirated 5.0-liter V8 and fitted a supercharged 3.0-liter V6 with an eight-speed automatic in its place (and even offers a turbocharged four-cylinder engine below that). That all sounds perfectly well and good, but a week behind the wheel of this British Racing Green sedan just left me missing that V8. And then some.
Driving Notes