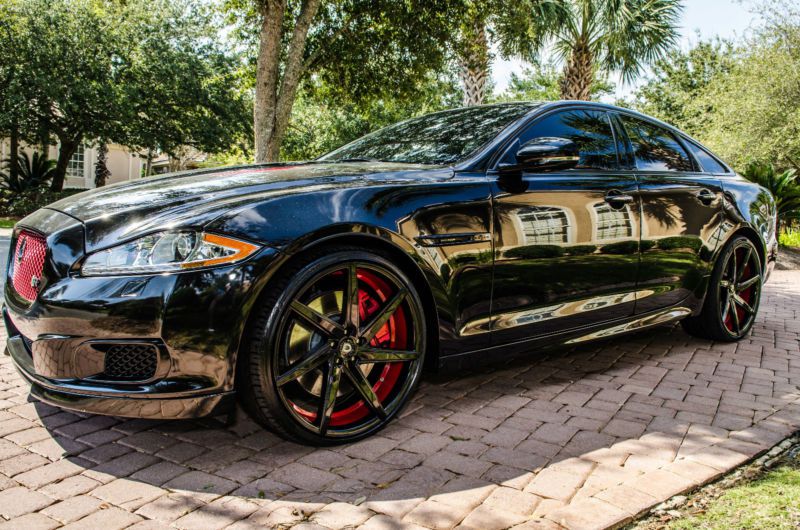 This is one of the best driving vehicles I've ever owned. It has a 5.0 liter supercharged V8 boasting 550 horse power. 0-60 has been tested by several companies at around 4 seconds. I did some slight customizations to the vehicle. I painted all of the chrome on the car to match the metallic black paint. I also added red accents (Jaguar paint) on the hood vents and front grille. The car has 22" custom Lexanis with black and red Jaguar paint matching the paint color of the car and red accents. The car will also come with the original 20" wheels and tires. It comes with a 22 piece Meridien sound system which is amazing but I did add 2 12" Kicker subs and amp in the trunk. The sound system produces a full and crystal clear sound for all music types. 14,480 miles, Pano Roof, automatic shades, dynamic sport mode, many other options.

Jaguar sculpture by RCA design students is a minimal beauty

With its well-deserved reputation for high design, it is not particularly surprising to see Jaguar reaching outside of the automotive realm for future inspiration. To that end, the British automaker recently enlisted the talents of students at the Royal College of Art to create a piece of forward-looking, automotive-inspired sculpture.
The result of this project can be seen above; a sculpture created by RCA students Claire Miller and Ewan Gallimore, and unveiled to a small audience to kick off London's Clerkenwell Design Week. The spare and rather elegant form created by the talented pair absolutely harkens back to coupes from Jaguar's past as well as its present (read: F-Type) without aping any one model particularly.
In a press release, the artists had this to say about the work: "Our form relates to the Jaguar brand through its sculptural volumes, bespoke materials and visual lightness. These elements helped us to create a sculpture that aimed to display a seamless transition between interior and exterior space." Get a better look at the Jaguar artwork in the gallery above, or read through the press release, which follows.