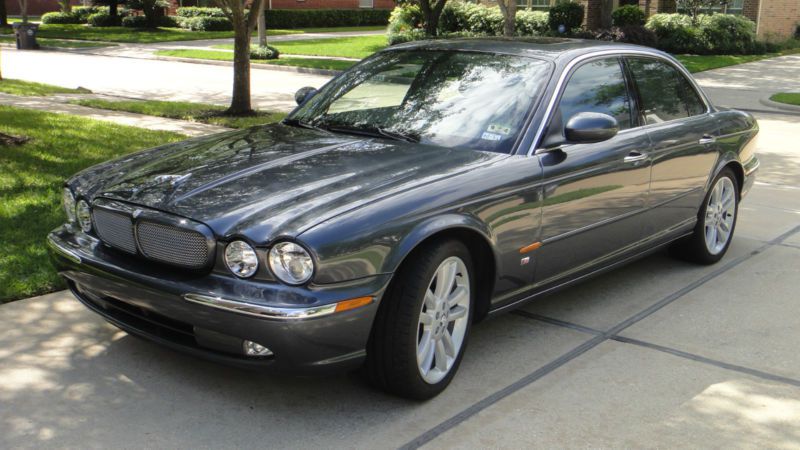 Hello Jaguar lovers! For sale is this immaculate Jaguar 2005 with extremely low miles 27K
The car cannot be more loaded from what Jaguar offered at that time, as it comes with almost every single feature
available. The Sticker price was about 94K!!
Remember also that the highest quality XJR’s ever made were the years 2004 & 2005, after those years, Jaguar
started removing standard top quality parts on the car year on year as most probably it was way too expensive to
manufacture it.
This is also the car that was made of aluminum! Rust free to last very long.
This is the year as well that the Brembo Brakes came with the XJR’s. The luxury and performance of this car is
unbelievable with its 400HP engine.
This car was bought by me two and a half years ago (Sep-2013) with only 26K miles from the only one owner. A
dealership in Philadelphia was the intermediate person.
As soon as I got the car I bought new spoke 19” wheels (those are more appealing for a XJR) as per photos, new
tires (Dunlop), add the 3M skirt on the front for protection, changed all the disk rotors for new ones and did full
service, all these at the Jaguar dealership. The bill was about 8K.
The car came with the 20” Sepang wheels and will be given with the car only if the full asking price is paid. The
20” Sepang wheels are worth 2K.
The car is flawless, I just put less than 1K mile on all these years.
Always under garage with AC! It still has the scent of new and you will not find something better unless there is a
brand new one somewhere out there.
No lines, No scratches, No dents, No Nothing!! Simple perfection.
The car was bought for the pure intention of collection and not usage. This is my big loss and your big gain!
The pictures taken here were without washing the car for a year! Just to have an idea how it looks.
This specific car and model is considered by some serious car magazines to become not only a beautiful classic but
a highly collective vehicle in the near future.
I’m assigned to another country for my work and it is not possible for me to take the car, storing it in a AC
unit will cost me in a few years more than the car.