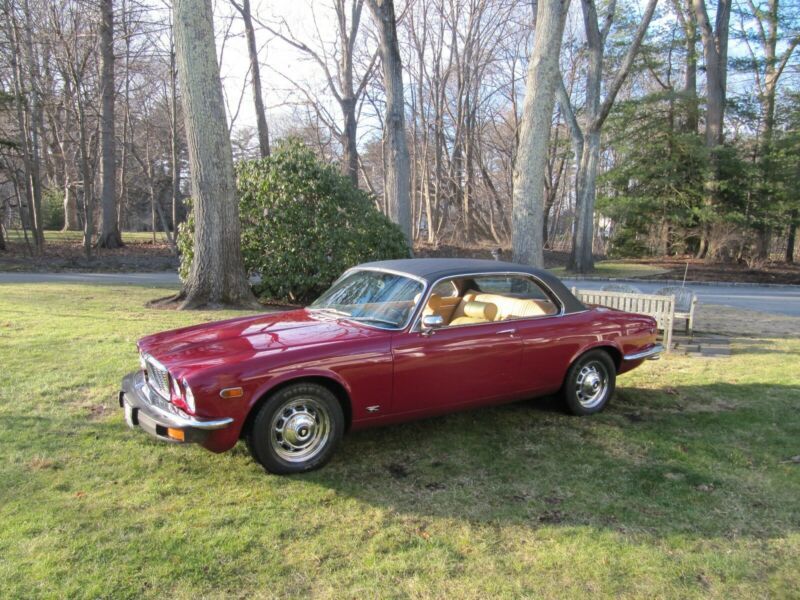 This 1976 Jaguar XJ-6C (coupe
The mileage on the odometer is 2283. The actual mileage is TMU as it may have been reset when the vehicle was
originally restored.
A new exterior refinish was completed in Carmen Red, commissioned by the previous owner. The current owner has
provided, New Biscuit Leather Seating, Wool Carpets with New Co-Co Floor Mats , a New Wool Head Cloth, New Front
Door Cards , New Vinyl Dash Pad and a New Burled Walnut Facia. A Retro Stereo has been installed along with new
speakers’ front and rear, and two 6x9 shelf speakers. New Dash Components including (switches gauges etc.) all to insure the proper operation of the Jaguars electrics.

The Black Fabric/ Vinyl roof covering was removed by the previous owner when the car was refinished during his
ownership.
The 4.2 liter engine with its original double overhead Camshaft Cylinder Head and matching Cast Iron Cylinder Block
are matted to the original Borg-Waner 3 Speed Automatic Transmission. Together they propel this limited production
pillar-less saloon along with Style, Grace & Pace. This Jaguar motto of the 50’s & 60’s is certainly evident in
this eye-catching example.