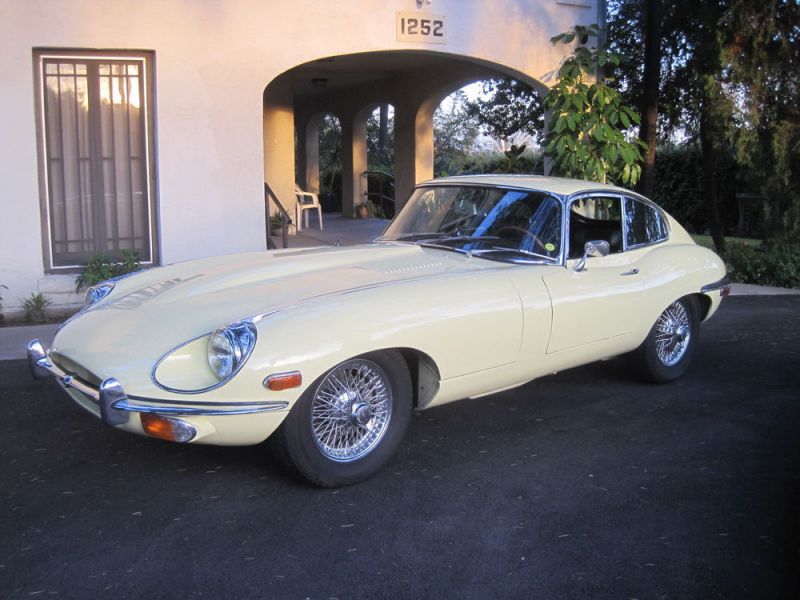 1969 JAGUAR E TYPE COUPE, 4.2.
Original Primrose Yellow. It was previously owned by a Jaguar Club member for the last 8 years. Current tags. It comes with stacks of receipts, and the Jaguar Heritage Certificate. This Coupe is very Fast! It is a 4 speed. with Triple SU Carb set up, just like a series 1 , Oil pressure is 60 PSI. extra cooling fan set up, so no overheating , . It has always been in garage storage, no rust !! The paint is nice, and shows out well, but not show quality, its decent, and would suffice at any local car show, The carpets are brand new , nice leather seats, with a nice patina, Interior looks good , Original wooden steering wheel. English wool headliner. Dash is excellent, with all working instruments, including clock. The original Boman radio works. Recent new clutch installed, along with standby SU fuel pump fitted. Stainless exhaust, mirror finish chrome.