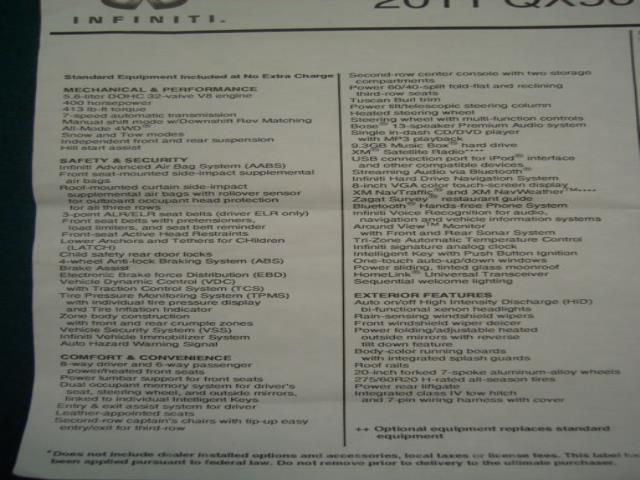 Original owner smoke free low miles all options . Vehicle is in perfect condition. Any questions email and I will answer ASAP.

Infiniti previews a new... something

Sometimes we get a teaser image and accompanying statement where we can at least surmise what the automaker is up to. This is not one of those times.
The automaker, in this case, is Infiniti, and the teaser image shows only a grille with a similar shape to what you'd find on most of the company's products, albeit with a curvier mesh. Which isn't much to go on, really, and the accompanying statement (which you can read below in its forty-word entirety) doesn't give us much more. All it says is that the vehicle in question - which we'll wager is a concept car instead of a production debut - has "style and substance" embodied in a "vision... on a scale not seen before" from Infiniti.
Given the French peppered into the release and the encroaching chronological proximity of the Paris Motor Show, we'd guess that's where Infiniti will reveal this latest but of inspiration, but just what form it will take is still a mystery.