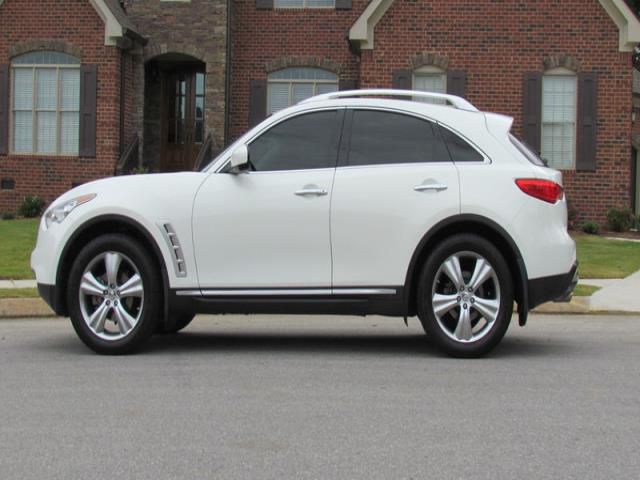 Please feel free to ask any questions you may have and I will answer quickly. This is a rare edition of the 2009 FX35. It is white exterior with wheat leather. It has the premium package which includes all wheel drive, wood grain inserts in the doors and 20 inch wheels among others. When we purchased this vehicle it was the only one of its kind not located in California. This vehicle belong to a Nissan executive at the Smyrna, TN Nissan plant. It was purchased at auction with 16k miles on the odometer in Franklin, TN by an Infiniti dealer in Massapequa, NY. We purchased it shortly after and brought it back to Tennessee. The vehicle has had all of its regular service. There is roughly 50% tread left on the tires. There is now 68,000 miles on the car and it has run without a worry the entire time we have had it.