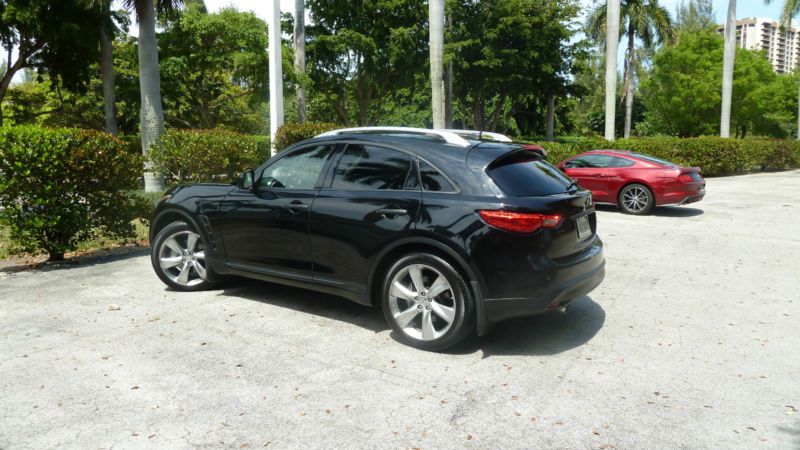 2009 FX50s Black Obsidian Fully Loaded with Every Possible Option
Im selling my 2009 Infiniti FX50S. Car is black obsidian with black interior. This car has ever possible option
offered and has low miles. The chrome accents have been blacked out with vinyl, installed by a specialist here in
Miami and can easily be peeled off if you prefer the chrome look although It looks way better with it blacked out!
The car just came out of CPO warranty and was fully serviced and checked by my local Infiniti dealer before the
warranty ended and everything is in perfect order. I also put 4 brand new tires on the car about 2 months ago
In one of the pics, the one of the gas tank cover, you'll see 2 small paint chips. I tried to get the image clearly
but the sun was making it difficult. Also, there is a small thumb size indentation by the roof rail. Besides that,
the car is in great shape!