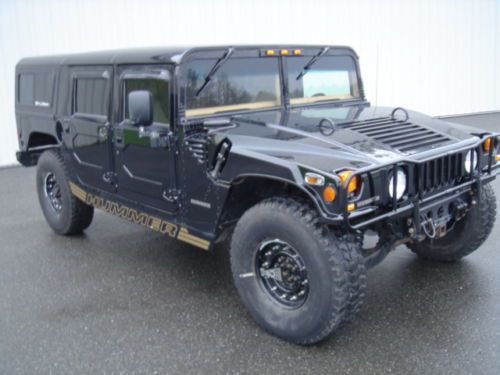 Hummers are for Horses: Artist reimagines the monsterous SUV [w/video]

Horse-drawn Hummer H2 - Click above to view the video after the jump
When the internal combustion engine finally helped the automobile pass the horse-drawn carriage as the chosen method of transportation for a majority of citizens in the United States, that a step in the right direction. Right? Moving forward about a hundred years... when the behemoth Sport Utility Vehicle that never actually seems to venture off the beaten path passed the minivan in the hearts and minds of families across the country as the people-mover of choice, was that a step in the right direction?
If you answered no to either of the above questions, perhaps you'll enjoy the video pasted after the break. Created by artist Jeremy Dean (read about our initial post on the project here), the converted Hummer H2 is called Futurama and is pulled by two white horses named, appropriately enough, Duke and Diesel. Hummers are for horses? See for yourself.