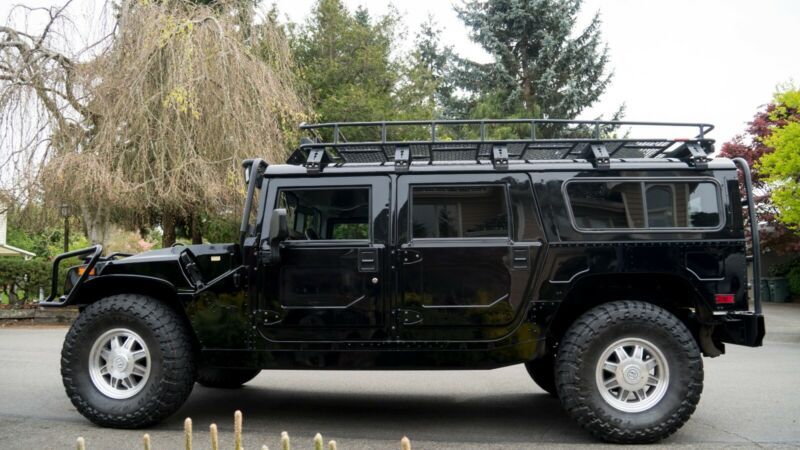 It has an actual train horn with compressor, amazing high beam fog and off road lights, RUBBER DUCK RD light bar
with killer super bright headlights (those ones from nasa), middle organizer and rear side organizers, and a killer
stereo system that really pumps with a woofer and amp.

This Hummer was seen and used as an editing bay for the reality show "ancient pickers".

This vehicle was purchased and used to haul video equipment from Seattle to filming locations in New Mexico,
Nevada, Arizona, Alaska, and California.

On location the vehicle stayed stationary and was used as an editing booth filled with computers and editing
equipment used by our video crew and sometimes a makeshift motel.

ALL HIGHWAY MILES. NEVER IN 4x4.