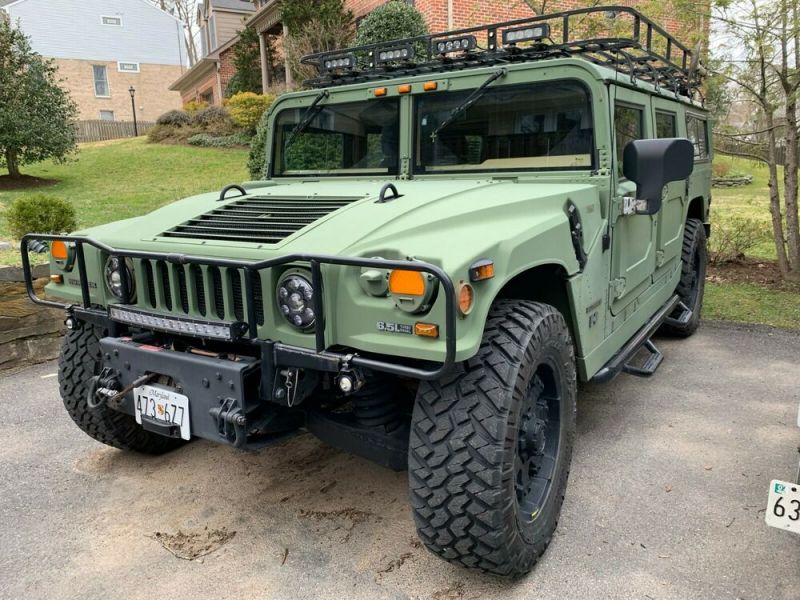 This Hummer was upgraded by AM General with a Heated Windshield and the Upgraded Heating & A/C kit that was available for later models. It has been serviced by a factory trained master AM General tech. Injection pump and all brake Pads & Calipers were replaced in 2017. Upgraded Cooling for Engine Block and new Injection Pump installed. All the A/C components and Heater core were replaced with the upgrade kit. 37" Tires on 20" Wheels. All bulbs (Interior & Exterior) replaced with LED's. Everything works as it should (Rear Left door lock sticks sometimes). This Hummer H1 has an Aluminum Body with a Steel Top.