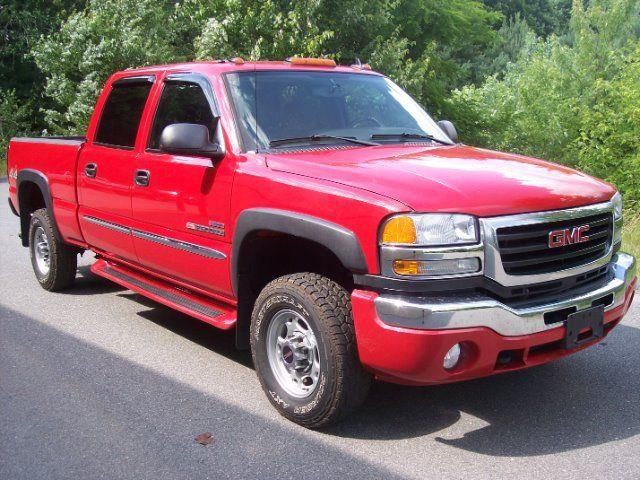 Up for auction here today we have a 2006 GMC SIERRA 2500HD CREW CAB SLE 4X4, RUNS AND DRIVES GREAT, CLOTH INTERIOR, FULLY LOADED, POWER WINDOWS AND LOCKS, PUSH BUTTON 4WD, STEERING WHEEL CONTROLS, VERY CLEAN INISDE AND OUT. 6.6L LBZ DURAMAX WITH ALLISON 1000 6 SPEED AUTOMATIC TRANSMISSION, NO DENTS OR RUST, VERY CLEAN INSIDE AND OUT. This was a 1 owner truck, clean title in hand. clean carfax. The truck was just completely checked over and all safety and mechanical items are in perfect working order. Comes with a NH state Inspection. Buyer responsible for shipping costs, truck is also for sale locally as well.