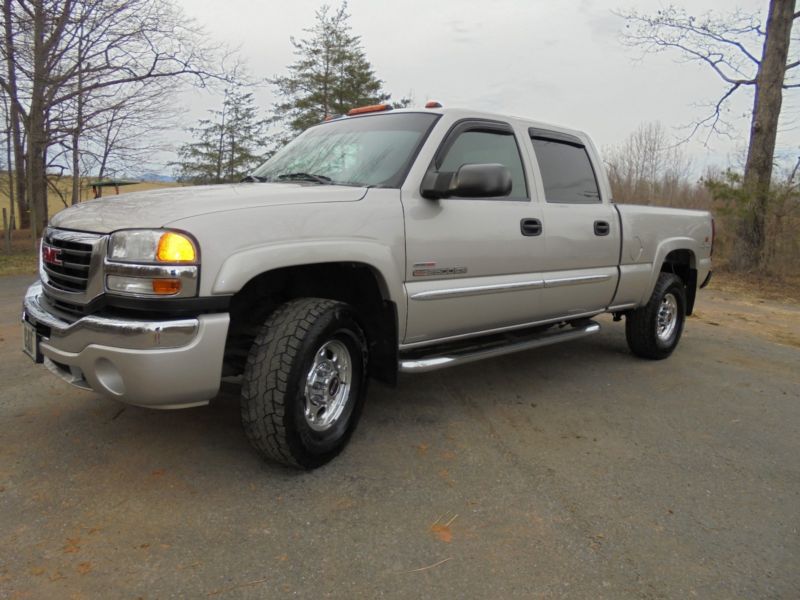 More infos regarding my car at: kristinekgglotzbach@rugbyfans.net .

2005 GMC 2500HD Duramax Diesel 4x4
Up for sale is a like new GMC 2500 Duramax. This is my personal truck and am only selling because I don't drive it
enough to constitute keeping it. It only has 109k miles!!!!! This truck is the highly sought after LLY Duramax with
the Allison transmission. It is a crew cab short box. The interior is immaculate no rips, tears etc. NEVER been
smoked in. Has all power options including the power extending mirrors, windows, door locks and seat. The exterior
of the truck is in great shape no major issues, although it is a 2005 model so it does have some small nicks here
and there, nothing major. Truck fires right up and runs, shifts and drives as it should. 4x4 works perfect no
issues. The tool box in the bed will go with the truck. There are two keys and 2 fobs. All books are inside....
Truck has always been adult owned, so nothing ever been put on it to make it go faster, blow black smoke etc.
etc......
I do have clear title in hand...