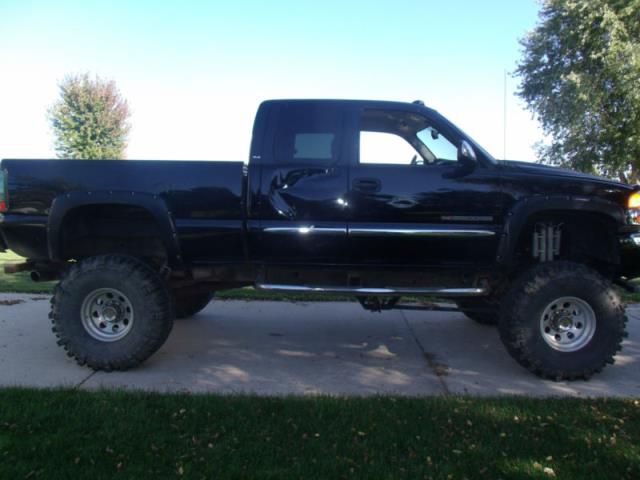 Great Condition! Never Been involved in an accident, and copy of the Carfax Report is included in the pictures. Very Low Mileage only 52,481. Lots of extras have been added: 10" suspension lift with nitro shocks and a 3" body lift. 40" super swaperboggers and rims. Cowl induction hood, chrome hood guard, mirrors, nerf bars and grill. 3" flowmaster exhaust tow package smoked cab lights and tail lights. Stainless skid plate, chrome differencial cover, new interior fender flairs. 5:13 gears and lockers with push button on the console to lock all tires in 4 wheel drive (this button currently isn't working, but 4 wheel drive still works. Runs Great! This is a Must See!