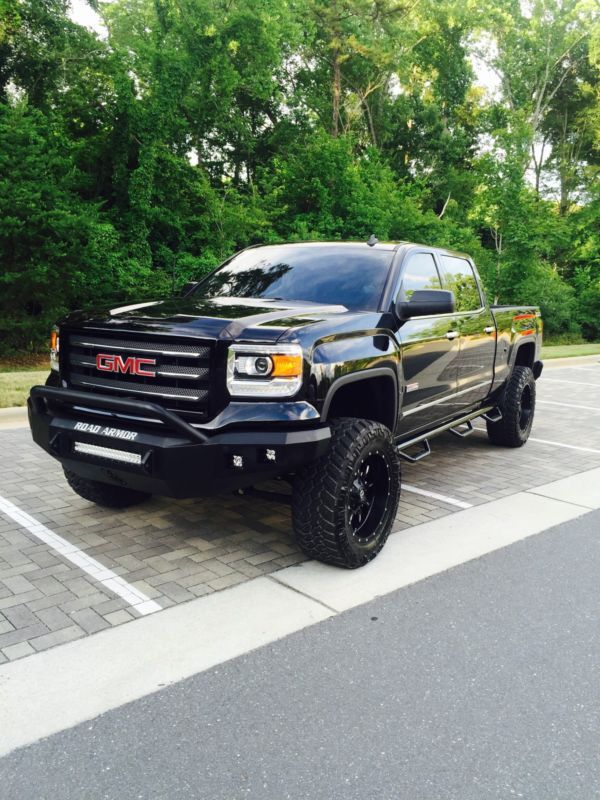 2014 GMC Sierra All Terrain Crew Cab Standard Box 4x4. Cleaned once a week and waxed once a month. Fully loaded
with gps, weather, and satellite radio, heated seats, back up camera. Bose
speakers all the way around. Equipped with a 6in high clearance BDS lift kit
with adjustable fox coilovers in the front and fox 2.0 shocks in the rear. Edge
cts programer. Reason for the programer was to tune the transmission for better
shift points with the use of bigger tires it makes a huge improvement. Also adds
to the average mpg which is around 15 city 18 highway. 20% tint on all four
windows and 30% on he front windshield. Nfab 3 step running boards. Weather-tech
floor mats in the front and rear. 20in Fuel wheels with 35x12.5 Nitto Trail
tires. Road armor front bumper with 2 rigid flood, 2 rigid spot lights, and a 20
in light bar. Custom light behind the grill. Fab Fours rear bumper.
Professionally installed bed liner with bed lights. All work was professionally
done by CS motorsports in Gastonia, NC.