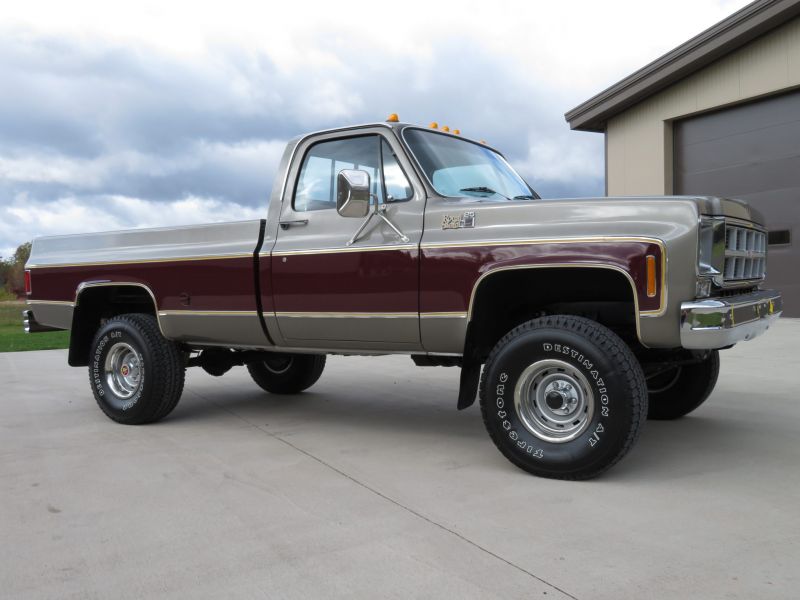 No call please. e-Mail : jennifermcgrath051@gmail.com Very solid truck 1977 GMC is a half-ton pickup and is finished in metallic gray and burgundy over a matching interior, and power is from a 400ci V8 paired with a three-speed automatic transmission and a two-speed transfer case. Additional equipment consists of a 4" lift, 33" tires, bed liner, and a modern period-style stereo. Service in summer 2020 included replacement of the alternator and spark plugs as well as a carburetor rebuild and an air conditioning retrofit.