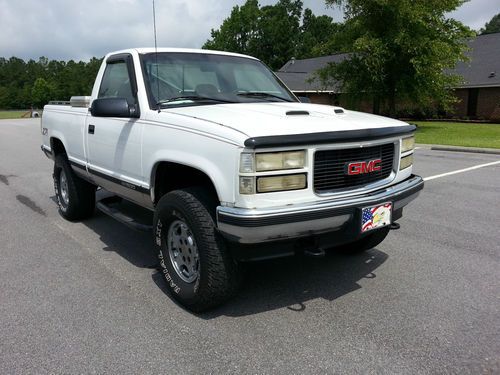 Condition: UsedA vehicle is considered used if it has been registered and issued a title. Used vehicles have had at least one previous owner. The condition of the exterior, interior and engine can vary depending on the vehicle's history. See the seller's listing for full details and description of any imperfections.Seller Notes:"Body has normal wear and tear. There are some scratches on the original paint. 1 dent on the hood near the windshield along with 1 near the bug deflector. There is 1 small dent in the passenger front fender, 1 small dent in the passenger door, and 1 dent in the passenger bedside near the cab corner. Drivers seat has some wear on the edge closest to the door."