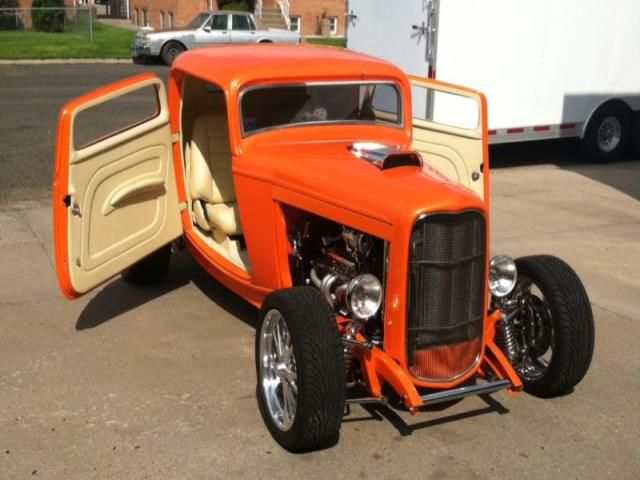 For Sale From My Personal Collection Is A 1932 Ford Hiboy 3-window Coupe With A 671 Weiand Blower On A Zz34 350 Chevy Motor. The Car Has Only 741 Miles Since Completion And Is Perfect In Every Way!