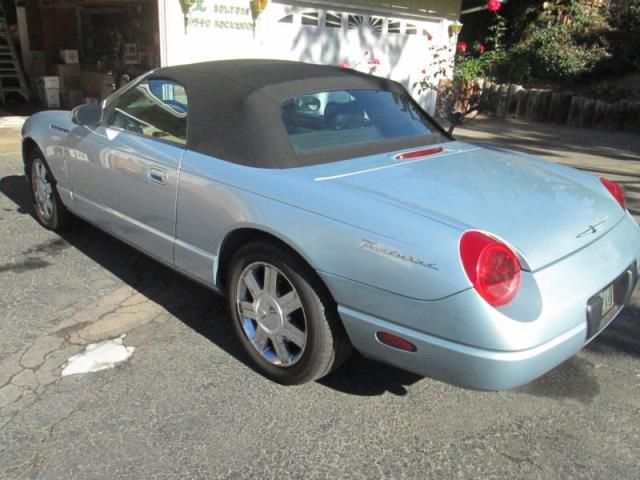 Vehicle Description Options Installed CD Player Cruise Control Heated Seats Leather Seats Power Mirrors Tilt/Telescope Steering Wheel Seller Comments All scheduled maintenance, Always garaged, Excellent condition, Fully loaded with all the goodies, Looks & drives great, Never seen snow, New tires, Non-smoker, Seats like new, Title in hand, Very clean interior, Well maintained. I am only selling the car because my husband is sick and we are down sizing. I am the second owner and I had my mechanic look at it before I bought it and its in great condition. I can tell you more about it when you call me. I put new tires on it and I have maintained the oil changes. Its an excellent Southern California Car. Drives nice and it has a V8 Engine. Top is in great condition. My car does have a salvage title but should not have ever been given this title. It was stolen from the first owner and the passenger front end was damaged but you cannot tell. I had it checked out from a certified ford mechanic and there is nothing wrong with this car! My husband is in the car business and I can have any car I wanted but I choose this one because of its beauty and it was maintained well by first owner. DO NOT JUDGE THIS CAR BY ITS TITLE. MUST SEE.