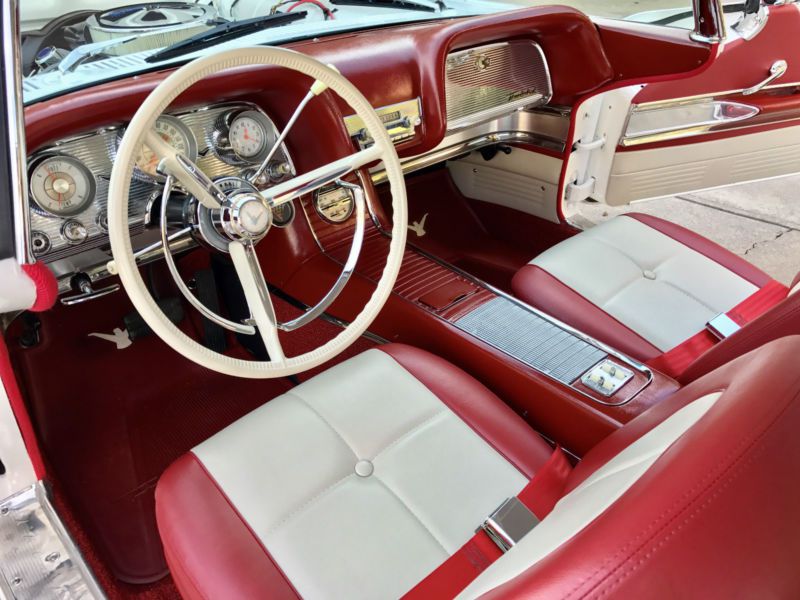 FEMALE OWNER: I purchased this beauty for my fiancé from the Mecum Auction in January 2017. After it was
delivered, my fiancé and I separated and now I need to sell it as I do not need a third vehicle. My loss is your
gain! The car is immaculate and spotless. Showroom beauty. Exceptionally maintained. The bumpers have been
re-chromed. New paint, new tires and new exhaust. The engine runs smooth and the engine bay appears period
correct as far as I can tell. The red and white two-tone interior is eye-catching and the trunk matches. The
interior houses the original radio; Ford Magic Aire system; original dashboard and ashtray. She is comfortably
housed in my garage. You will not need to do a thing to this vehicle, or make any changes. She is perfect!