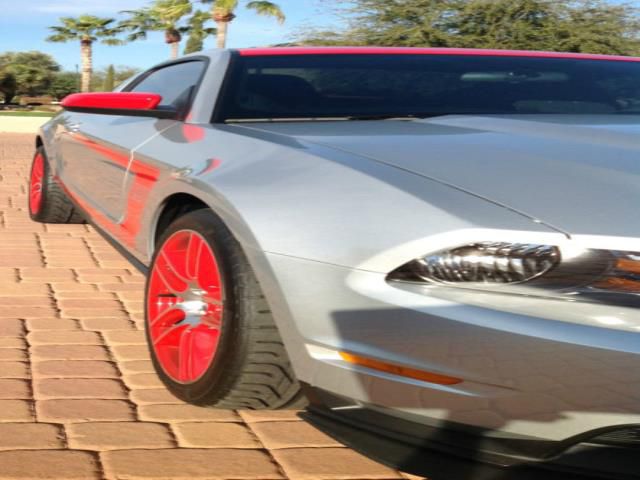 2012 Ford Boss Mustang, Laguna Seca with a manufacture date of May 3, 2011. Serial number 159 of the Laguna Seca production and number 33 manufactured in Ingot Silver of 151 total! That is correct, only 151 Boss cars in this rare color! This exceptional Boss 302 Laguna Seca was sold new by Legacy Ford in Rosenburg, Texas on May 26, 2011 to a gentlemen in Richmond Texas. The original owner sold this Boss back to Legacy Ford on January 3, 2014 after his ownership. I subsequently purchased this Boss from Legacy Ford January 20, 2014 with 2296 miles; the odometer now shows 2378. This exceptional Boss has never seen the track and had been driven carefully only in my neighborhood since my purchase. I have all the service records from new delivery and it has been only Ford maintained. The Boss includes the Track Key, Front Splitter, Front Bumper Valiance and Transmission Oil Cooler Scoop-all in the original boxes and have never been opened.