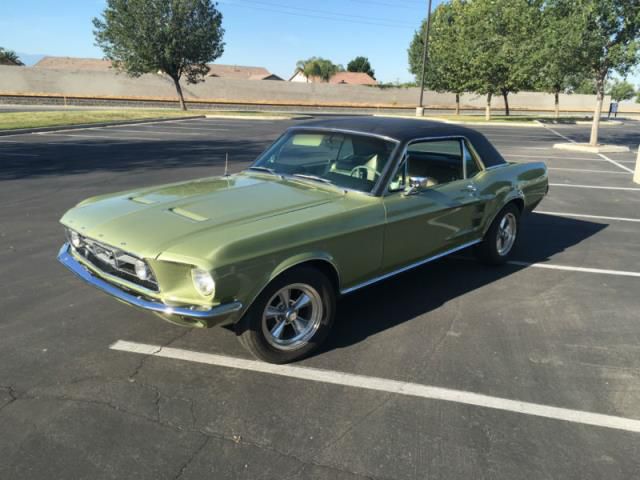 1967 Ford Mustang. This is a factory equipment GT equipment group car. I have the Marti report detailing that. I have owned this car for a little over a year and have enjoyed driving it. However, my family is growing and my wife and I can not devote the time we would like to continue enjoying the car. The car is a good driver. I have enjoyed taking the car to the monthly cars and coffee events on the weekend, and receive a lot of complements on the car. It definitely turns heads and attracts attention while driving it and in the parking lot. The car is not a perfect show car. It does have some minor flaws. The interior is really good condition.