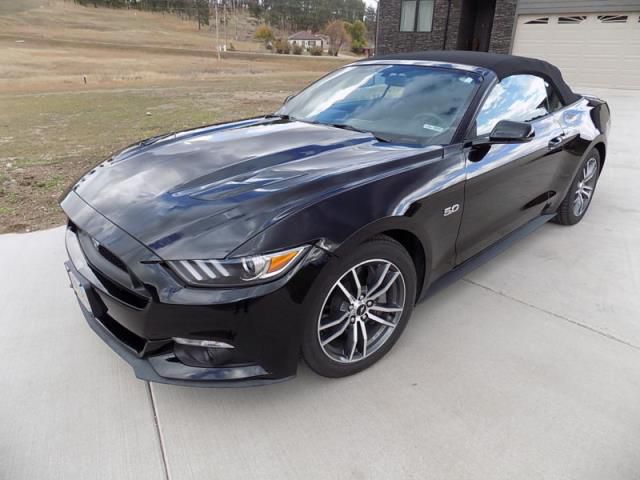 Selling this for my son - as he doesnt have an eBay account! Bought it from his cousins Ford dealership last summer! 2015 Ford Mustang GT Convertible 5.0L V8 Fully loaded - including the following:Triple BlackHeated & cooled leather with sport shift paddles13900 miles as of now on itCLEAN TITLE!You will not be disappointed in this car! Its as close to new as possible! No dings, dents, or damage and has the balance of the 3-year, 36,000 mile factory warranty.