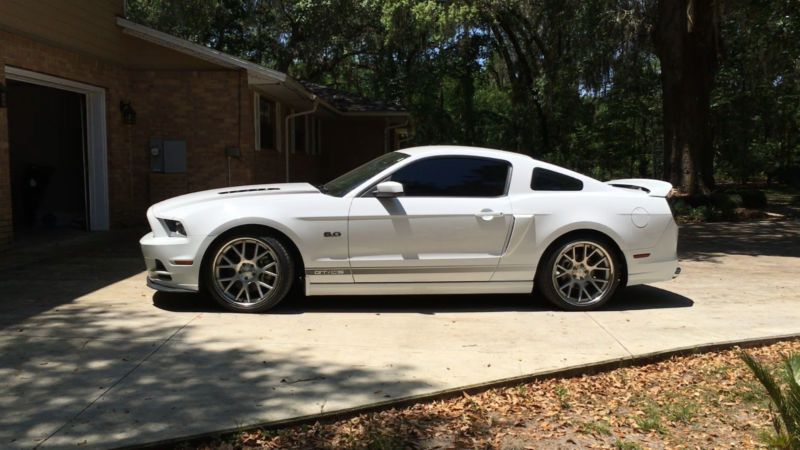 If you are looking for an eye catching, sports car that is FAST, you found it. I am the second owner of this car, I
bought it last year from a Ford Dealer. It has been garage kept and washed weekly. It has a few extras like the
Vossen Rims(which are slightly scratched) and the Rousch Exhaust.This car has a 6 speed manual transmission and it
will get up and go! It's really is too much car for a 50 plus lady. My daughter says she doesn't need an alarm
clock she just waits to here the Stang start up! This car has 4 brand new tires, a clean car fax, and a 100,000
mile transferable warranty. I live in Lake Butler Florida. You would be responsible for picking the vehicle up.