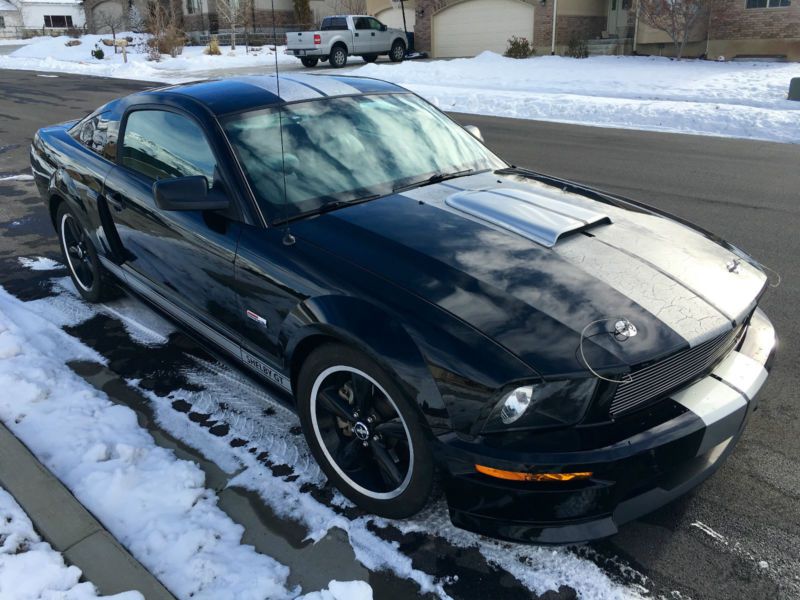 If you have any questions please email at: sherellsrrespers@ukcompanies.org .

The 2007 Shelby Mustang GT was a high-performance version of Ford's Mustang pony car. A collaboration between Ford
and late automaker Carroll Shelby, it marked a renewal of the partnership that crafted some of the fastest and most
sought after classic Mustangs in the 1960s. Besides its legacy, the 2007 Shelby Mustang GT was notable for its own
performance characteristics.One of the defining features of the 2007 Shelby Mustang GT was its engine. The car used
a 4.6 liter V8 engine that produced 325 horsepower and 330 ft. lbs. of torque. Shelby augmented the engine with a
90-mm cold air intake for improved performance.
Beautiful and super fun to drive with a superb driving experience. This is a limited edition Shelby GT No.4610 with
fewer than 6000 ever produced. It has less than 54000 miles, coming from a smoke free and pet free owner, clean
title. Black, accented by silver LeMans racing stripes, shaker stereo and leather racing bucket seats. It performs
as well as it looks. Gear stick is damaged a little on the top as the photos shows. One of the reams has a few
scratches and the LeMans silver stripes have cracked, but I personally like it like that, but not very expensive to
have them repainted if you don't. Otherwise running perfectly and way below book price.
The NADA clean retail price is $22,150.00, so you can get it for thousands less. (NADA.com, besides being more
accurate than KBB, KBB does not have the Shelby GT as an option on their search, therefore not giving you a correct
pricing)