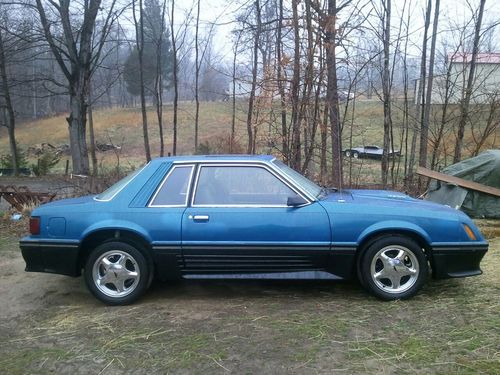 I have an original 1979 Mustang Coupe.  It has a 2.3 four cylinder turbo engine and 4 speed manual transmission.  The engine was replaced with a brand new one about 30,000 miles ago.  It also had a brand new clutch, pressure plate, throw out bearing, and pilot bearing replaced at that time.  The body is in excellent condition with a factory sunroof that does not leak.  The interior is perfect with custom new upholstery, new carpet, original dash pad, and original headliner.  The ground effects were added in 1983 when the second owner bought the car and they are in excellent condition.  The Mustang has had a rear disc brake conversion for extra stopping power, and chrome pony wheels for extra styling.  This Mustang overall is an excellent display of a true American Classic, so bid with confidence.  This vehicle is for sale locally so I can end the auction at any time.