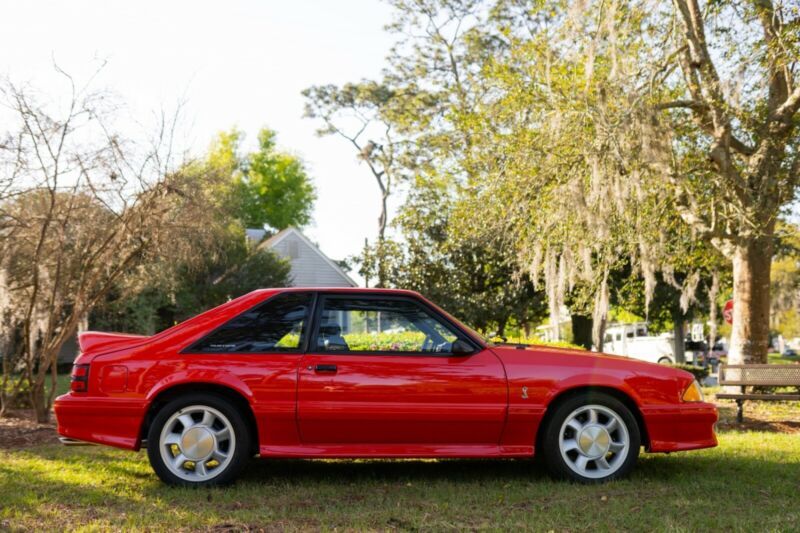 1993 Ford Mustang Cobra. Condition is "Used" very low miles. Red 93 Cobra with 2,890 miles on it. Sunroof, black cloth interior. This is a time
capsule. This car is completely original including the tires. It’s In like new condition . No wrecks or accidents, runs excellent and everything works as it should. All factory Ford markings are there and in the proper places.