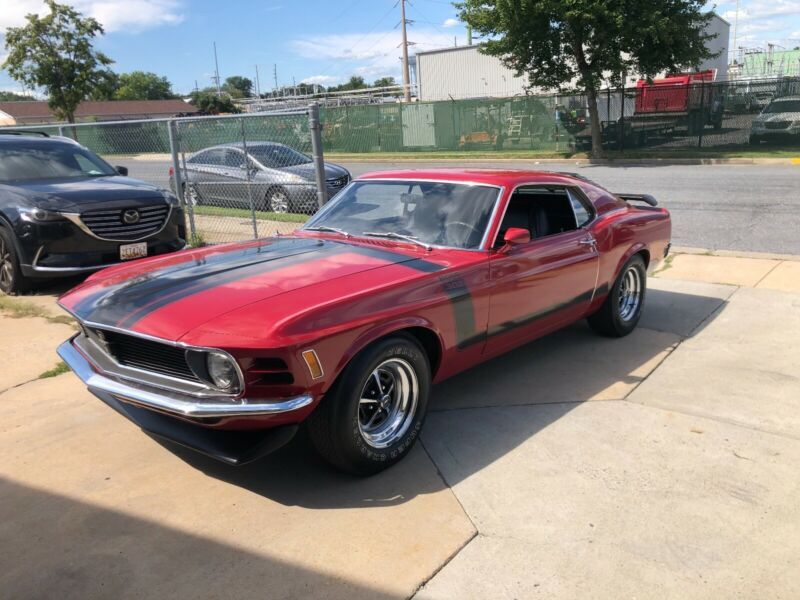 eBay
Up for sale is a real deal 1970 Ford Mustang Boss 302. This car runs drives like it should.
All original VINS and Buck tag are there, still has original MFG Door sticker on drivers door.

The motor is not the original block--it does have a real BOSS block, heads, intake and exhaust manifolds, solid
lifters.
Original carb, distributor and rev limiter. Correct original trans and rear.

The body retains all original sheet metal, floors and rails are original. The right rear quarter was patched years
ago behind the rear tire and is bubbling. The left rear floor pan was also patched poorly. The torque boxes on
the will need attn eventually also--they are rusty by the floor supports.

This car was originally Lime Metallic Green with Ivy Green Interior. It was color changed long ago--paint is
average driver quality, interior is actually pretty decent. No rips in seats, Dash is good except over speaker
area. Has console, slats and spoiler added at some point also. The Magnums are original Ford, but original to the
car. I have the Marti report also.

This is a driver and for this money, you would be hard pressed to find one. Motor was rebuilt about years ago and
is strong


Car is located in Frederick, MD and can be seen by appt