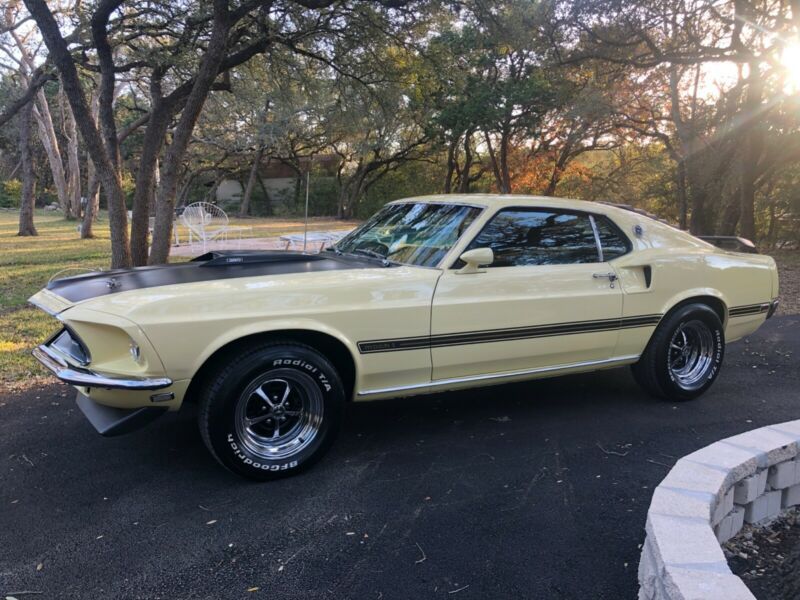 88422 MILES. I’M THE SECOND OWNER OF THE CAR. ORIGINAL MOTOR SEIZED IN 1978 WHERE IT SAT COVERED IN SANTA
BARBARA, CA UNTIL I ACQUIRED IT IN 2000. THIS CLASSIC CAR BEGAN A MULTI YEAR BUMPER TO BUMPER RESTORATION KEEPING
EVERY POSSIBLE ORIGINAL COMPONENT INCLUDING MOST ENGINE AND DRIVETRAIN COMPONENTS, DASHBOARD, DASH PAD, CENTER
CONSOLE AND RIM BLOW STEERING WHEEL, AS WELL AS ALL EXTERIOR TRIM EXCEPT BUMPERS. NEARLY ALL SHEET METAL IS
ORIGINAL WITH THE EXCEPTION OF DAMAGE TO THE RIGHT REAR OF THE CAR WHICH HAS BEEN PROPERLY RESTORED. THE BODY WAS
TAKEN DOWN TO BARE METAL BEFORE PAINT.

THE NUMBERS MATCHING BLOCK DID NOT LAST THROUGH ITS OVERHAUL SO THE RESTORATION WAS COMPLETED IN 2008 WITH AN
EXPERTLY-BUILT YEAR-APPROPRIATE 390 4V BIG BLOCK AND OVERHAULED C6 AUTO TRANS WITH SHIFT KIT. ENGINE AND
TRANSMISSION LESS THAN 1000 MILES. ALTHOUGH NOW A 10 YEAR RESTORATION, IT HOLDS UP BEAUTIFULLY INSIDE AND OUT. I
JUST HAD A $3000 PAINT TOUCH UP SERVICING TO ADDRESS A FEW HAIR LINE BLEMISHES THAT HAVE OCCURRED HERE IN THE AUTIN
HEAT OVER THE YEARS. YOU CAN SEE MINOR FADING IN A FEW SPOTS BUT IS STILL ABSOLUTELY GORGEOUS.

IT HAS ALWAYS BEEN GARAGED AND IS VERY MUCH A PRIZED POSSESSION. NO CORNERS CUT. ALWAYS ABOVE AND BEYOND. I HAVE
SPARED NO EXPENSE. MY ONLY REGRET IS NOT DRIVING IT MORE BUT I DIDN’T WANT TO PILE ON THE MILES. IT MOSTLY WENT
ON SUNDAY DRIVES.

ALL GUAGES HAVE BEEN RESTORED AND ARE WORKING

5 LEAF REAR SPRINGS WITH KYB SHOCKS FRONT AND BACK