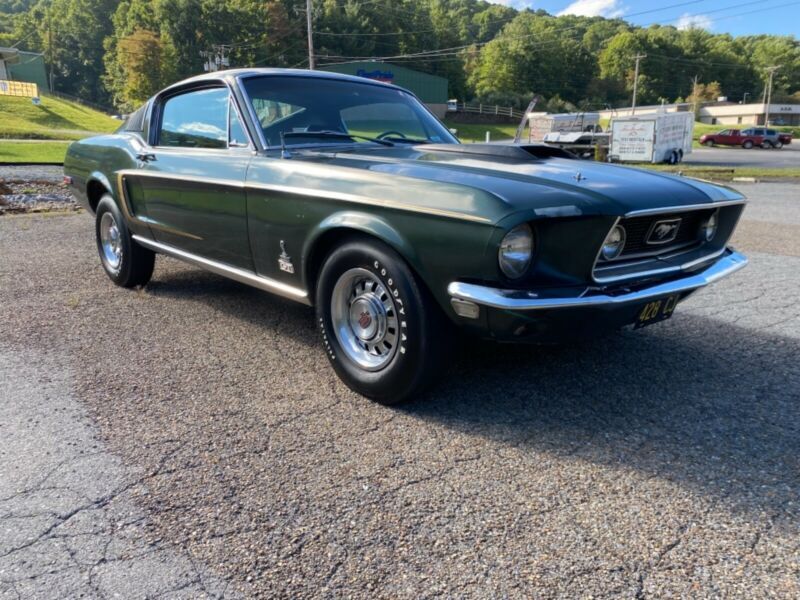 Starts Right Up and Drive Great

You are looking at a factory 1968 R Code Ford Mustang Fastback. Only 1,044 R Code Fastbacks were ever made and
this one is one of the most highly optioned cars I have ever seen. This car is factory Highland Green with black
deluxe interior. An amazing combination paired with the 428 Cobra Jet engine.

This car is turn-key, starts right up, and with the 3.91 rear ratio has plenty of power and torque making it a
blast to drive and cruise. It has many new mechanical parts on it and is ready to be driven and enjoyed as is.

As you can see the car was and is loaded with options.

Service Block and heads installed by Ford of Canada in 1969. C8OZ service engine tag on the block

Interior is all original and in very good condition for its age.

The car has all of its original body panels. Original hood and fiberglass hood scoop which is rare, and they are
both in great condition. Very solid frame rails front and rear. Very ends of rear rails have some minor rust.

Paint is old and tired. The car has multiple chips, scratches and dings. Has a very cool patina style look about
it. Refer to pictures for paint description. Gold C stripe is faded off of driver side. Cobra fender emblems have
been added.

Fog lights and headlight work as they should