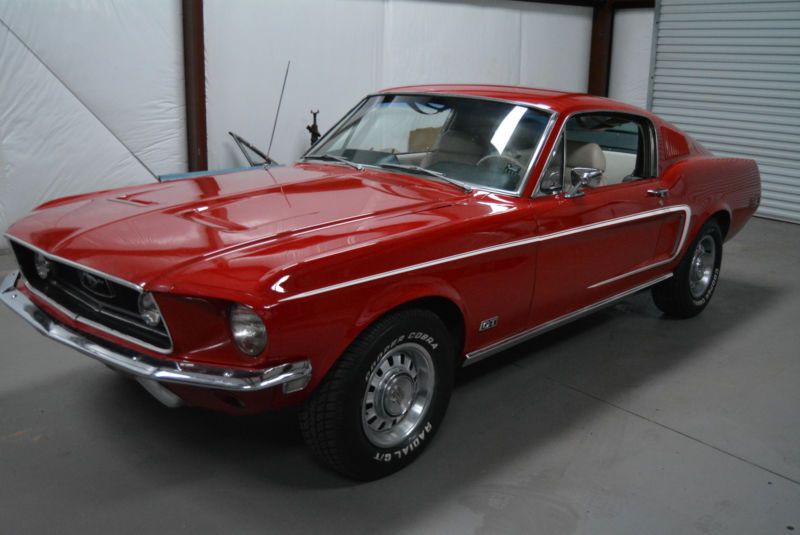 Up for sale is this 1968 Mustang Fastback. This car is very original
and retains a decent amount of original paint.
Original 83K miles confirmed by the title and oil change sticker on the car!
This car has never been cut up or molested! Still has all the original metal!
How often to do you find that!?
Still has the original dealer sticker on the taillight panel.
The original candyapple red exterior with white C-stripe and parchment interior is a rare and gorgeous combination
that will receive lots of attention and compliments at car shows. This car is nicely
optioned from the factory such as the GT equipment group, 4spd manual transmission
mated to the optional S code 390 GT. Power steering came on the car
but was removed in the past and original 9 inch rear 3.25 axle ratio.
Sport deck fold down rear seat and rare factory head rest! This Mustang
still has the factory AM 8 track stereo which works!
Some history about the car.
This Mustang was sold new in Wyoming. It still has the registration sticker on the front glass from 1977/1978
in Wyoming. The original owners kept the Mustang garaged except when they were driving it on sunny
weekends or taking it to the occasional trip down the drag strip. The car was sold sometime in the 90s
and that couple moved to Arizona with the Mustang.