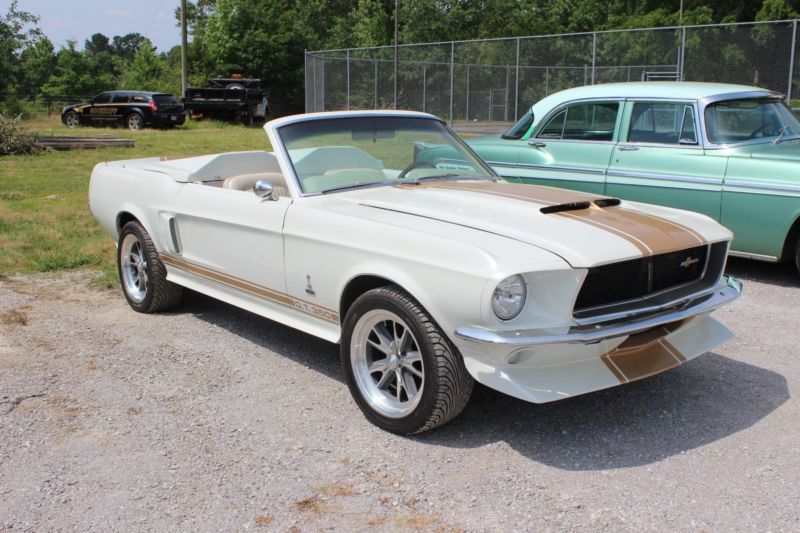 If you have more questions or want more details please email : annemarieaoodens@winebuffs.net .

BEST OF SHOW......1967 SHELBY CLONE GT-350 ROADSTER. FRAME OF BUILD 2010. ONE OF A KIND. SHAVED DOOR HANDLES. HAS A
BACK SEAT THAT MATCHES FRONT WHEN TONDAR COVER IS REMOVED. 289 MILD CAM ENGINE WITH SHELBY 4 SPEED. 9 COATS OF
CLEAR COAT. STRIPS PAINTED UNDER CLEAR COAT. STAINLESS STEAL EXHAUST. BEAUTIFUL CAR THAT WILL TURN HEADS WHERE EVER
YOU ARE. I HAVE TO MANY TOYS SO SELLING A FEW OFF. THIS ONE IS AS NEAR PREFECT AS YOU WILL FIND.